Mayor’s State of the City Address: What the Mayor Said About Safety, And What We Think 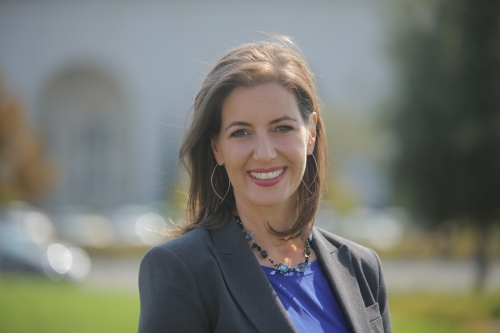 As many Oaklanders have heard, Mayor Libby Schaaf gave her first State of the City Address last week at City Hall. You can watch the full video and a read a complete transcript on the city’s website, and find recaps in the San Francisco Chronicle, Oakland Tribune and Oakland North.

Oaklanders are fiercely divided on issues such gentrification, affordable housing,
development, crime and safety. We argue over the future of our city, we disagree. But as the Mayor emphasized, twice in her speech, “We must turn toward each other, not on each other.”

Mayor Schaaf returned to four basic priorities for Oakland that she first outlined during her campaign and at her inauguration: holistic community safety, equitable jobs and housing, sustainable infrastructure, and responsive, trustworthy government.

In this post, we’ll focus on holistic community safety, summarize the Mayor’s positions, and present some thoughts of our own.

For the third consecutive year, we have double digit reductions in non-fatal shootings — down 14% compared to this time last year. Residential burglaries and home-invasion robberies are significantly down, 15 and 54%, respectively. We’ve had a similar number of robberies as last year, which continues to be 27% below the previous 3 years average.

She then acknowledged that murders were up by 15% from last year and at the time of her speech there had been 71 homicides so far in 2015.  “I can’t celebrate improvements while overall levels of fear and harm in this city remain so unacceptably high. And behind every number and trend line lies a heartbreaking story of loss.”

That brought us to what was going to change:

We don’t disagree with any of these points. But there needs to be much, much more.

First, we need to see a sense of urgency. Since the mayor’s address, two more people have been killed on Oakland’s streets. What is the plan to stop this bloodshed?

As the Mayor noted, and as Tammerlin Drummond reported in the Oakland Tribune back in May, the process of creating a Comprehensive Public Safety Plan, led by The Prevention Institute, involves a truly diverse task force: representatives from law enforcement, the school district, re-entry and workforce programs, the county health department, faith groups, victims rights advocates, and more.

This will hardly be Oakland’s first public safety plan: there’s the “City of Oakland Violence Prevention Plan” from 2003, the Hartnett Associates “Crime Fighting in Oakland” report from 2006, the Bratton Group’s reports (here and here), and the Robert Wasserman / Strategic Policy Partnership reports (here and here).

The process has been quiet and held behind closed doors, and there may be reasons for this. But we urge the Mayor and the task force to let the public know what recommendations are being adopted, what is being rejected, and why.

Whatever the task force comes up with, the Mayor and other City leaders will have to make sure the plan contains specific metrics and regular accounting for progress—who is responsible for what, how the City will measure outcomes, and what success (or failure) means for every component of the plan.

Oakland has one of the lowest police-to-population ratios and one of the highest crime rates in the country. Still, much of the community mistrusts the police and protests against any effort to increase the number of officers. The Mayor will have to do more than hold police academies and strive to reach 800 officers.

It’s simple math: Let’s assume the next four police academies in the two-year budget yield 35 officers each. Let’s also assume the department will continue to lose six officers a month through retirement, disability, transfer, and termination.

We can then project that the Oakland Police Department, currently at 735 officers, will graduate 140 new officers from academies and lose 126 to attrition. That means, by June 2017, we could be left with a total of 749 officers—not Mayor Schaaf’s goal of 800.

Maybe we’re wrong, maybe the attrition level will come down, maybe the yield will increase. But the Mayor has to address these numbers publicly.

800 should not be the final goal. And the fact is, there has been no comprehensive analysis of what the goal should be.

That is why we urge the City to adopt the Strategic Policy Partners recommendation of identifying and hiring a contractor to undertake a resource allocation study, to determine how many officers OPD actually needs and how those officers should be deployed.

Meanwhile, Strategic Policy Partners long ago recommended a police Calls-for-Service Management Strategy to ensure that police resources were used where they were needed, and not otherwise. We’ve been told this has been ready to roll out for years.  It’s time to do it.

The relationship between police and the community, particularly communities of color, has deservedly received enormous national attention in the past 18 months. While the Mayoracknowledged that the OPD has been making progress—even leading the country in many ways—we need to see leadership on sustaining gains and achieving permanent improvements.

One day, hopefully soon, Court supervision under the NSA will end. A key question, requiring the Mayor’s leadership, is this: What steps will Oakland take, and institutionalize, to make sure the gains of the past 13 years are sustained and improved upon? How will the City reconcile long-term police reforms with the need to significantly reduce violent crime?

We believe police/community relations and crime-fighting are both of the utmost importance. We need to hear from the Mayor and all City leaders about a global, systematic, and very public process for addressing both. In her campaign white paper on community safety, Mayor Schaaf had it right:

Because I believe in obtaining and using data to measure performance, and because I believe measurement has a positive impact on the outcomes being measured, we will begin regularly measuring the state of police/community relations. We will survey both the public and the police, publicly report the survey findings and take steps necessary to address problems disclosed by the surveys.

Conclusion:
These are only some of the issues, more than we could have expected to hear about in a forty-minute State of the City Address. But there are others as well:  expanding police investigative capacity, enhanced use and analysis of data by police, truancy reduction, more police function civilianization, improved—and measured—911 and other emergency response, and the plan to reduce illegal gun dealing.

This year’s rising homicide rate is part of a larger problem: a history of unacceptably high violent crime going back more than four decades. Oakland needs a constant and very public discussion about our solutions, what works, what doesn’t work, and how we prioritize bringing an end to our decades-long community safety crisis. But we need more than just discussion: we need clear, public  plans, with goals for which people are held accountable.

7 responses to “Mayor’s State of the City Address: What the Mayor Said About Safety, And What We Think”